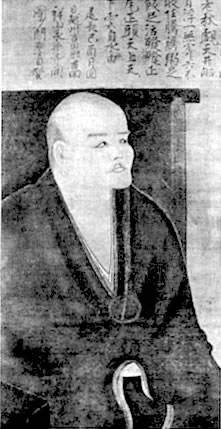 < Back to Dharma Talks

If I tell someone that I practice Zen, they ask “Why? What do you get?”

What I like to say is, “You get your true self.” But in truth, you can’t really get anything, because you already have it. It’s a matter of realization, and that’s what practice helps us to do. The most basic practice is meditation. The more you meditate, the more you realize. Some people want to have more equanimity, to be calmer, more able to relax or have more concentration. Zen accomplishes all of these things. But the purest form of practice, the deepest form of practice, is a practice that is focused on realization of our true nature and integrating that realization into our lives.

The root of zazen is seated meditation. We begin to focus our minds and look at ourselves when we’re not thinking. Looking at ourselves when we aren’t thinking is, in fact, “being ourselves.” Any form or practice involves two elements, stopping and seeing. We have to stop first. That’s when we sit on the cushion and we begin to stop, we begin to look, and we begin to start over in each moment. The purest form of this practice is called shikantaza, “just sitting.” It is very difficult to do initially. There’s no point of focus for the mind, so we use different methods, such as counting the breath, following the breath and then being the breath. A teacher is very helpful in this process. Eventual, after a lot of practice, we are able to “just sit.” This is the purest expression of Zen.

Many teachers of both Soto and Rinzai lineages including Dogan Zenji have used koans as part of their teachings. The Soto lineage passed down from Yasutani Roshi, to Maezumi Roshi, to my teacher, then to me, has a formal curriculum of 600 of koans. Most koans were developed in the golden age of Zen in China (800–900 AD). Koans could be translated as “public cases.” Typically it’s an interaction between a Zen Master and student, monk or lay practitioner. A question is posed, and then the student gives a response. The koan is helpful in learning to develop responses outside of our normal intellectual function. As we move through the curriculum, we find that there are many different types of koans, some deal with the absolute view, some deal with bringing the absolute view into our relative existence, some are just considered to be difficult to penetrate koans, some have to do with distinct stages of realization. As we progress though koan study we begin to see more and more. It’s certainly not a necessary requirement for a strong Zen practice, but it can be helpful, and a rare privilege to work with cases that are over 2,000 years old.