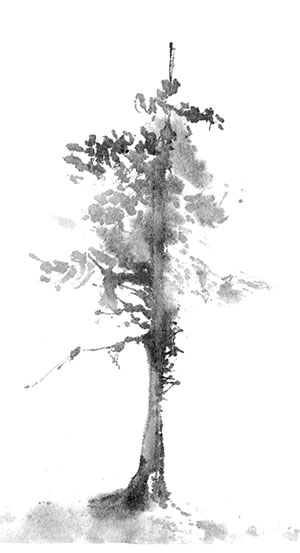 The Laughing Teabowl Sangha began in 1998 when Francine Campone, the Associate Dean of Students at South Dakota School of Mines and Technology, and Klaus Heuser established a weekly meeting for the students, staff, and community members interested in practicing Zen Buddhism. The group met in private homes, then built a Zendo in Ms. Campone’s Rapid City. They met twice weekly, practicing zazen and listening to recorded talks on Zen Buddhism. The group was fun-loving—tea time was especially joyful—thus we became Laughing Teabowl. Francine was a student of Roshi Michael Danan Henry of the Diamond Sangha lineage and spiritual director at the Zen Center of Denver. She eventually retired from SDSMT and moved to Denver where she now serves as Head Tensho at the Zen Center of Denver.

Laughing Teabowl Sangha is not organized formally, but functions as a consensual circle where every voice has a chance to be heard. It is an energetic container that supports the practice of Zen meditation. Our interests involve community service, promoting peace, compassion, and harmony, deepening our understanding of ourselves and others.